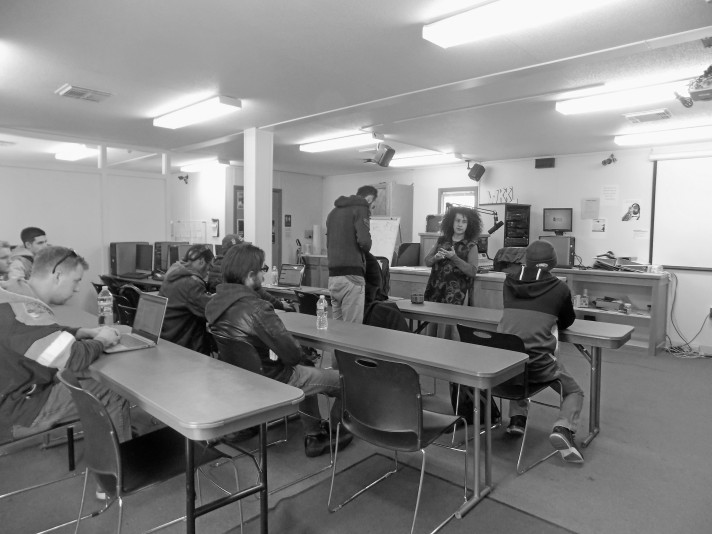 ‘What’s On Your Mind?’ is a radio series which airs Wednesdays on the Cape Cod Community College (4Cs) radio station WKKL. Run by Dr. Rich Falzone and Eileen Preston, this series hopes to end the negative stigmas surrounding mental health so that anyone who may be struggling with mental illnesses can feel comfortable in starting a dialogue on the topic and seeking help if they need it.

The show has aired three times already, covering the topics of anxiety, relationships and ADD/ADHD. They soon hope to cover the topic of depression and they are open to any suggestions that students may have. If students have any requests or recommendations, they can feel free to email Dr. Falzone at richfalz@gmail.com.

“Twenty years ago, I didn’t know if college campuses would be willing to have something like this,” said Dr. Falzone, the psychologist who presented the idea for this series to WKKL. “It’s like a gift.”

Falzone discovered his interest in psychology during his teen years. He explained that in high school, his friends often found trust and comfort in talking to him and would frequently turn to him for advice.

Unsure of what he wanted to study in college, Falzone furthered his interest of helping people into a study of psychology. He then found that the more he learned about the subject itself the more he fell in love with the idea of it as a profession.

Falzone began his career by working in a state mental hospital with adults who suffered from illnesses such as schizophrenia and bipolar disorder. When it came time to complete his doctoral internship, he faced a difficult choice. He could continue working with adults at the state institution or he could take another opportunity to work with children and adolescents instead.

He chose the latter, seeing the opportunity as a way to get in touch with the developmental aspects of psychology and to “help appreciate the early stages of intervention” when it comes to treating mental illnesses.

After practicing psychology for 30 years, Falzone moved from Holliston, Massachusetts to the Cape, where he has lived now for over a year.

“I was reading your newspaper last fall and there was an interview with Naomi [Arenberg],” said Falzone. “And at the end of the article, it opened up an invitation to community members [to host their own radio show].”

This put the idea in motion, but it wasn’t until Falzone went to an on-campus exhibit put on by the Active Minds club that he really started to consider it. There, he bumped into the club’s advisor, Maura Weir, who then encouraged him to speak personally to the radio station’s general manager, Naomi Arenberg.

It was the final step that pushed Falzone to take all of the knowledge he had built up through his years in practice and utilize it to create the mental health awareness series, now titled ‘What’s on Your Mind?’.

“I’m hoping [a few] things come out of doing a show like this,” Falzone said. “But one is that we give the message of hope to those getting help for any kind of emotional and mental health issue.”

The intention behind putting this show together was to help to destigmatize mental health and open up a means of communication for students who wouldn’t otherwise have sought out help.

Falzone believes that “sharing a problem is powerful” and that those who keep their mental illnesses to themselves will only make themselves sicker in the long run.

He believes that communication is often the hardest part of recovering.

“I’m hoping that’s what this experience will be like,” said Falzone. “By communicating different mental health issues, we will get students to talk about [their] mental health.”

“It’s not about the speaker, it’s about the listener,” said Arenberg, quoting a speaker from a journalism conference she recently attended called ‘The Power of Narrative’.

Whether through taking a broadcasting course at the radio station or through listening to the mental health series ‘What’s on Your Mind?’, valuable communication skills can be picked up through multiple means of participating in the on-campus radio station.