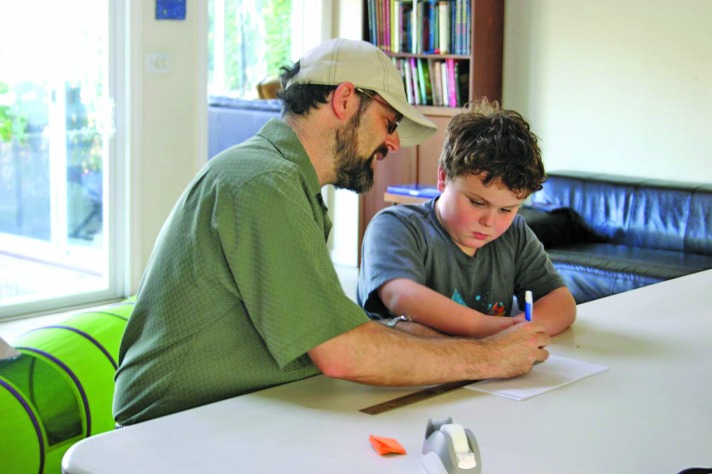 Dr. Stephen Shore, author of Beyond the Wall: Personal Experiences with Autism & Asperger Syndrome, is speaking as part of a lecture series at Tilden Arts Center on February 28th from 7:00 until 8:00 pm.

Shore is a professor of Special Education at Adelphi University, and is speaking as part of the Schatzberg Endowed lecture series and the Cape Cod Community College (4Cs), One College/One Book program through which the college community is engaging with the book, The Curious Incident of The Dog in The Night Time a novel by Mark Haddon. The admission is free, however those interested are requested to RSVP.

In addition to his presentation Shore is also planning on offering an afternoon workshop, which is focused on teaching students with autism, to the 4Cs faculty.

According to his website, Shore is a current board member of Autism Speaks, President Emeritus of the Asperger’s Association of New England, and advisory board member of the Autism Society. In addition to working with children and talking about life on the autism spectrum, Shore is internationally renowned for presentations, consultations and writings on life span issues pertinent to education, relationships, employment, advocacy and disclosure.

At the heart of his approach is what he calls an “abilities-based model” built on understanding the strengths of a person with autism. This makeover differs from how autism has been handled by specialists. Since the diagnosis was first introduced in the early 20th century, a deficit-based model has been used to identify what people with Autism Spectrum Disorder (ASD) have difficulty with and how they are different from their peers. That strategy results in isolation of the diagnosed individual.

“I think we are transitioning toward a strength-based approach of supporting people with ASD,” Shore said during a telephone interview last week. “More people are asking themselves, what can a person with autism do first.”

Shore diagnosed with ASD at an early age giving him first-hand knowledge of how useful this approach can be. His parents used music and movement to connect with him. He began taking piano lessons at age 6 and pursued music education; he continues to give lessons in his spare time to this day.

“What my parents did with me might today be considered music therapy,” he said. “But that was not a concept back then.”

Nonetheless, encouraging children to pursue what they are most drawn to is at the core of his model

To address the needs of students and adults with ASD, Shore also stresses the three A’s of autism: awareness, acceptance and appreciation. By educating professionals and parents, he believes the ability to help individuals with ASD find fulfilling careers will become increasingly streamlined.

Shore, was asked by the chair of occupational therapy at New York University to co-teach a two-week study abroad course with her in January 2018 in London, focused on using

strength based strategies for supporting students with ASD. During the course students worked in groups to give reports on autobiographies written by people on the autism spectrum. One group chose Shore’s book Beyond the Wall: Personal Experiences with Autism and Asperger Syndrome as the title for their project.

Shore said he sees “programs of excellence” popping up in countries that have a shorter history of working with ASD. In Russia and China, for example, parents are pushing for change.

When he is not giving speeches on ASD in other countries Dr. Shore is working with the Adelphi community to make sure the Ammon school is meeting high standards for its students with ASD.

“We are seeing the idea of acceptance really take off, we are seeing it in Microsoft where they actively seek to hire people with ASD because they can bring something new to the table, and we are seeing it right here at Adelphi with the bridges to Adelphi program,” said Shore.

Shore was brought to the attention of 4Cs through a committee formed based on Mark Haddon’s book, The Curious Incident of the Dog in the Night-Time.

Cindy Pavlos said, “The committee reached out to Dr. Shore through committee member Dr. Catherine Casey-Lane. Dr. Richard Sommers stated that there are approximately twenty-five students with autism spectrum and Asperger’s attending 4Cs and has been the average for a number of years.

“I have spent the last decade enabling teachers, employers, and others to recognize ASD when it’s present,” Shore said. “And now I see the world moving towards the idea of appreciation.”